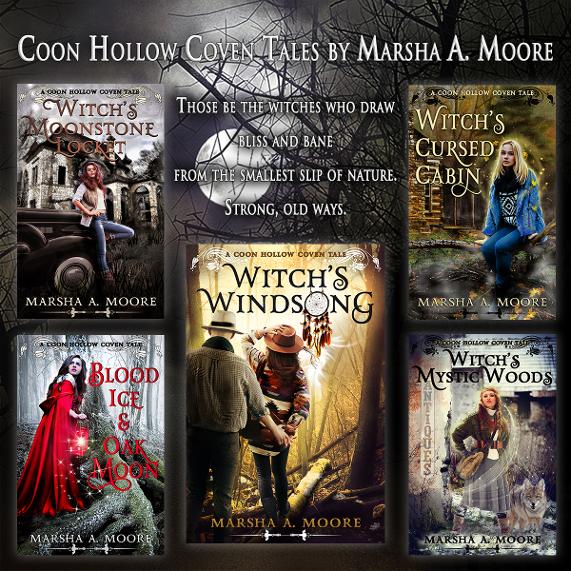 The Coon Hollow Coven Tales series is about a coven of witches in a fictitious southern Indiana community, south of Bloomington, the neck of the woods where I spent my favorite childhood years surrounded by the love of a big family. The books are rich with a warm Hoosier down-home feel. There are interesting interactions between coven members and locals from the nearby small town of Bentbone. If magic wasn’t enough of a difference between the two groups, the coven folk adhere to the 1930s lifestyle that existed when the coven formed.

A note to readers: the books in the Coon Hollow Coven Tales series are written to be read in any order. The series is about one community, and its residents may pass in and out of various books, but each book has its own unique and special story to be told.

LEARN MORE ABOUT THE TALES

Sign up for my newsletter  updates & receive my FREE fantasy romance short story, Ruler of the Night, as a thank you gift! 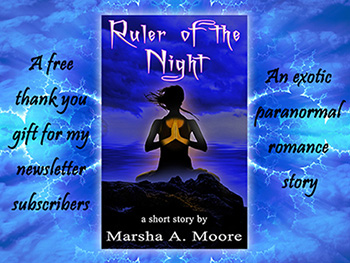 As a subscriber to my list, you'll also be the first to receive updates about new book releases, exclusive prizes and giveaways just for subscribers, and best of all, opportunities to receive advance copies of my newest books in exchange for honest reviews.

I use Mailerlite as my marketing automation platform. By clicking below to submit this form, you acknowledge that the information you provide will be transferred to Mailerlite for processing in accordance with  their Privacy Policy and Terms of Service.. 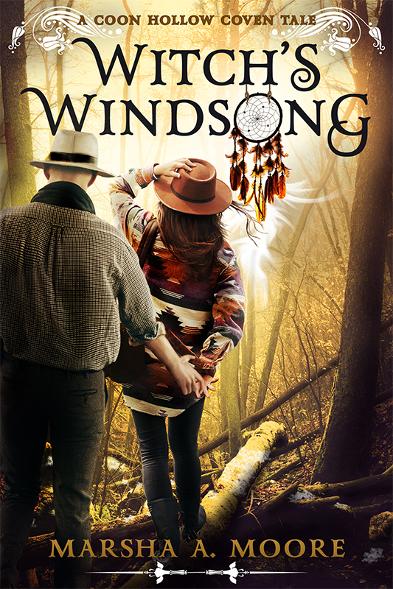 When Keir’s coyote, his devoted witch’s familiar, is kidnapped, Keir’s unhealed grief over the recent deaths of loved ones he could have saved is rubbed raw. Hit with the reality that his beloved coyote is facing heinous torture and possible death, Keir must find a way to rescue his familiar and defeat the self-blame confounding his focus as a shamanic healer. He searches the crime scene—a stream through one of the coven’s magical ravines—but is unable to find any solid clues. An enchanted willow reads his frustration and passes his despair to the wind coursing southward along the waterway.

Far from his Indiana hill country home, Unole, the talented daughter of a Native American wise man and Keir’s former teacher, reads that wind and hears his plea. Realizing the wronged man is Keir, her teenage crush, she’s eager to help—until thwarted by a past deal of black magic she now regrets.

Using what had before seemed only a harmless promise Unole made, along with a secret buried deep in Keir’s past, the kidnapper weaves a dangerous web of deception. Keir and Unole stand to lose everything—his coyote and career, the love they just discovered, and even her life.

A stand-alone book in the Coon Hollow Coven Tales series, Witch’s Windsong is a mystical adventure where hearts and spirits clash.

Buy Witch’s Windsong and listen to the magic!

The Enchanted Bookstore Legends comprise an epic fantasy romance series about Lyra McCauley, a woman destined to become one of five strong women in her family who possess unique magical abilities and serve as Scribes in Dragonspeir. The Scribes span a long history, dating from 1,200 to present day. Each Scribe is expected to journey through Dragonspeir, both the good and evil factions, then draft a written account. Each book contains magic with vast implications.

Lyra was first introduced to Dragonspeir as a young girl, when she met the high sorcerer, Cullen Drake, through a gift of one of those enchanted books. Using its magic, he escorted her into the parallel world of Dragonspeir. Years later, she lost that volume and forgot the world and Cullen. These legends begin where he finds her again—she is thirty-five, standing in his enchanted bookstore, and Dragonspeir needs her.

When Lyra reopens that enchanted book, she confronts a series of quests where she is expected to save the good Alliance from destruction by the evil Black Dragon.While learning about her role, Lyra and Cullen fall in love. He is 220 years old and kept alive by Dragonspeir magic. Cullen will die if Dragonspeir is taken over by the evil faction…Lyra becomes the Scribe.

LEARN MORE ABOUT THE LEGENDS